Our first CCI1* dressage test was a huge success.

Stay in the ring – check

Stay ON the horse – check

It was clean & accurate, and I might actually – sorta – kinda have not bounced quite as high as I have been.

We just made the top half of the division with a score of 54.5 putting us in 35th out of 71 riders. Of course from 4th to 35th was only a 10 point spread so I was expecting the jumping phases to change up the standings quite a bit.

Cross country was next and I lost some serious sleep over the water jumps!

They were by far the biggest drops into water I had ever contemplated riding! At the first rider meeting they announced firmly that the FOUNTAIN, yes THAT fountain would be staying on!

I was fairly certain if I made it this far, that fountain might be the end of my XC run. 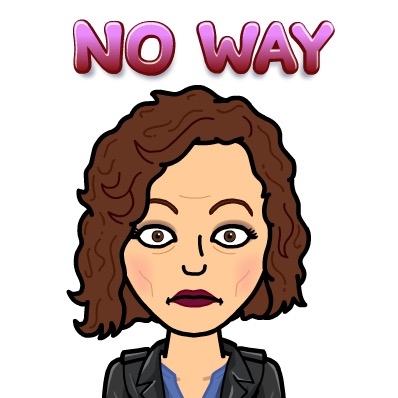 My other concern was the distance, 4000 meters!!! I’ve never galloped & jumped a 7 1/2 minute cross country course. And my large lazy pony, that runs XC in a rubber bit 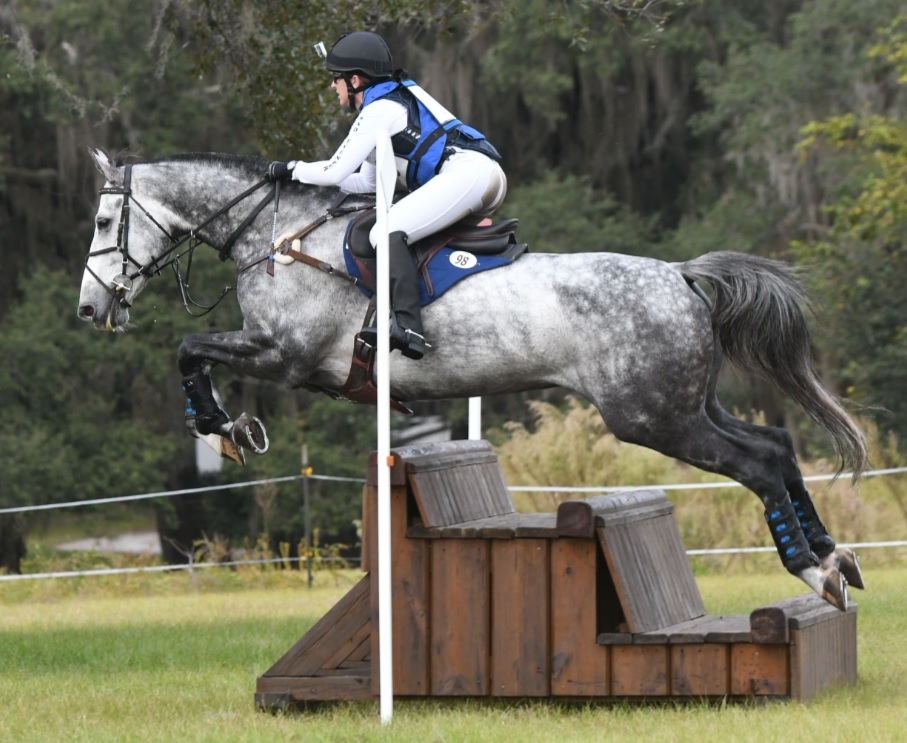 & I have never, nope not ever, made time. 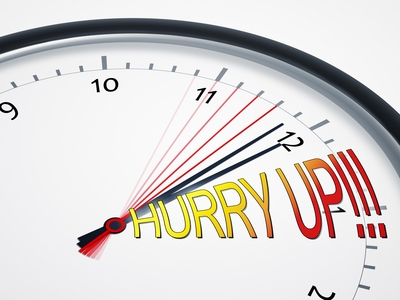 But I was determined. I walked the course and looked for every single tight turn and straight line I could make. Every time I could jump at an angle, or the edge of the fence and save a second I planned my line.

I decided If I was ever going to make time it was going to be this weekend! 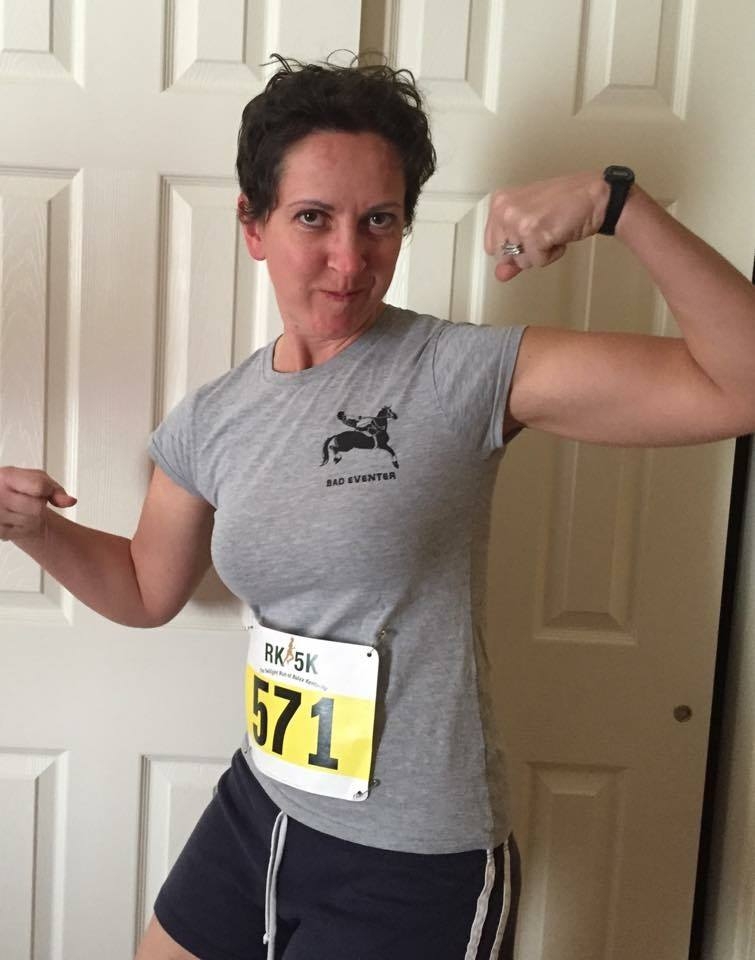 After my 3rd course walk I felt like I had the plan and we could totally get this done.

I just couldn’t stop giggling at this jump! 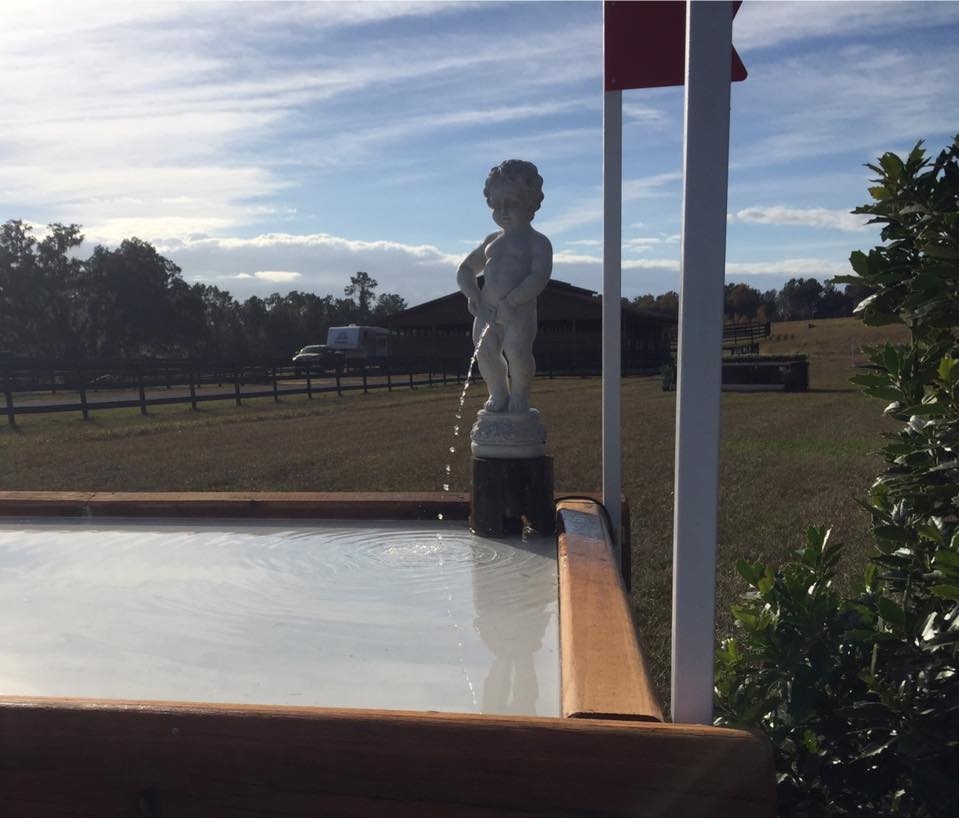 I don’t know who persuaded the powers that be to turn off the  water fountain at the final water…..

but it definitely made my day when they announced at the second rider meeting they were turning it off.

Saturday morning we left the start box, and every single Plan A happened on course.

We met every gallop fence out of stride, got every distance we had planned and other than losing a stirrup dropping into the second water…… we blazed across the finish just 3 seconds over time.

I never understood before when people would lose some major competition by 3 or 4 seconds and they would say there’s nothing I could have done differently. My response was always, really? you couldn’t have shaved off 3 seconds SOMEWHERE? 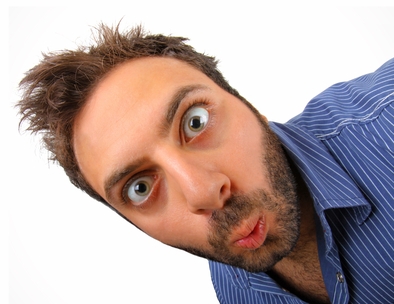 We took THE MOST efficient line and forward distance at every single jump & combination, galloped away from every fence with a kick and there is no where that I could have shaved off those 3 seconds.

But I have never been so proud! It was the closest to making time we’ve ever gotten!