Most job interviews involve at least some adrenalin. 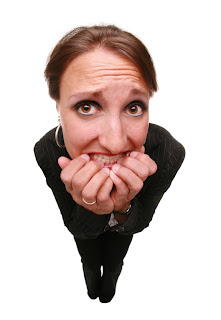 Nervousness, a little concern about making the best impression, saying the right things, NOT saying the wrong things…………….

I was in No Where, Georgia, It was after midnight.
My interviewer was pouring me the 3rd (or possibly 4th) “$10 milk shake.”
For those unfamiliar, it’s an ice cream drink which contains enough alcohol to sterilize a full surgery suite.

We were deep in negotiations about buying a nearby veterinary hospital. The “bartender” was interested in purchasing the hospital from a man who was retiring and hiring me to run it.

I was a fairly recent graduate and just getting used to being called “Doctor.”

My FRIENDS reported taking some time to get used to the moniker “Doc”. For me it had been a life long goal and I fell into the role like I’d been there forever.  With my unusual confidence for a “new grad” I was heatedly negotiating the terms of the Buy In.

The drinks kept coming and the final parts of the negotiation are still a little hazy in my memory (or rather make that completely absent.)

I was glancing at the clock because we were getting up at 5:00AM. My potential new employer had decided it would be fun (and persuasive) to take me Fox Hunting the next day. 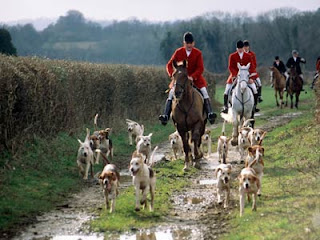 They knew I was an eventer and that fox hunting should be right up my alley.

Our wake-up time came entirely too early, and I’m fairly certain I was still “above the legal limit” when we left for the stable. Drinking and driving violates laws in every state. I was pondering if riding while intoxicated would be a problem, and then I remembered that inebriation was a requirement for Fox Hunting. Part of the standard gear is a flask filled with some traditional hunting drink such as the invention of the 10th Duke of Northumberland (50:50 malt whiskey and cherry brandy.)   Yuck!   Yum!

When we arrived they presented me with my mount for the day. A stocky, VERY STOCKY flea bitten grey horse who had to have been part Percheron crossed with a Shetland Pony. He was about 14.2 hands, FUZZY and weighed about 1600 lbs.

They handed me his bridle and said HURRY HURRY we’re late! (My hosts had been a little slow rising & leaving, as they had consumed more milk shakes than I had.) 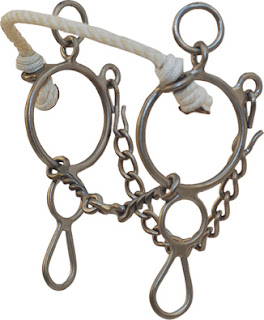 I stared in horror at the torture device they handed me, and was starting to object when a young lady snatched it from me, bridled the horse and said, “Get on!! You’re missing First Flight!!”

That was the moment when I realized they intended to send me out to go over the BIG jumps, and they were riding Hill Toppers which stays somewhat behind the main group. The Hill Toppers go slower, jump lower, if at all, and are in general the safer group to be in. I was trying to explain my wishes to NOT ride in First Flight on a strange horse wearing a bicycle chain…..but my pitiful requests were not heard.

Before I knew it I was on the giant grey horse lumbering towards the group of riders who had already taken off at a gallop.

I was trying to slow him down with my seat because I couldn’t bear to pull on his mouth with the steel contraption they had put on him.

This, as you can imagine, was completely futile. I was on a strange horse at a DEAD RUN in the woods.

I rounded a bend, and his feet slipped out from underneath him. 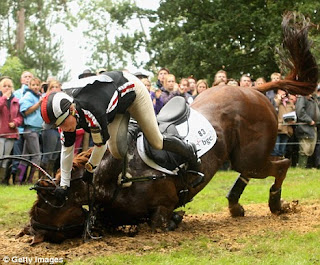 Did I mention that it had been RAINING all morning?? I clung to his neck like a small monkey while he amazingly scrambled to his feet. When he uprighted himself I noticed two riders on the ground COVERED with mud. Their horses apparently hadn’t been as catty as mine at saving themselves. I called to see if they were ok, and they were drinking from a flask and waving and yelling for me to “Hurry! You’re getting left behind!”

Before I could turn my head, the grey lumberjack took off again, and this time I had no qualms about ripping his teeth out of his head in my still vain attempts to slow him down. 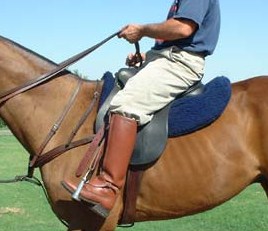 I finally caught up to the main group where they were slipping galloping and falling jumping over GIANT hedges in the muck. These jumps were between 4′ and 4’6″ and were easily taller than the horse I was on. 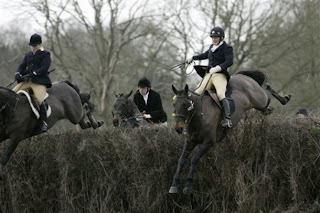 There was no way to navigate around them, and I found my life flashing before my eyes, as my runaway trusty steed clobbered each and every jump while somehow managing to wind up on the other side. Picking his knees up was something he apparently wasn’t familiar with.

We eventually came to a small field where everyone stopped for a tiny respite. I was frantically trying to figure out how I could leave this crazy group of suicidal maniacs join the Hill Toppers when I saw why we were stopped.

At the edge of the clearing was the biggest coup I had ever seen in my life. It was rather narrow, it was shaded, and on the other side was a BOG. 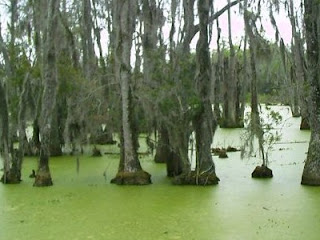 I know I saw the Swamp Thing swimming around in it. So did all the horses. Each rider was galloping one at a time over the coup and into the muck. The horses were NOT HAPPY and each one balked as it got to the jump, saw the swamp monster, hung its stifles and then scrambled into the muck.

Now I was TRULY DESPERATE.

I had to find a way out of this. I knew I was going to drown in the mud under this crazy grey horse in the middle of no where.

The rider in front of me was headed for the jump and my life was once again flashing before my eyes. As all the others had, his horse balked. But then it slipped, and then FELL. When his horse fell it slid under the jump and was immediately trapped. The rider crawled to his feet.

I thanked my lucky stars as I leapt off my horse to help rescue the trapped equine. As I ran to help my hostess appeared from the Hill Topper group and yelled,
“Do what she says! She’s a VET!!!” 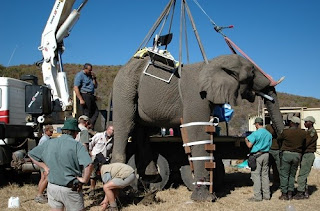 I’d never been so happy to be a vet than at that moment, as it got me off that crazy horse! Several of us grabbed the trapped horse by the mane, pulled him in the muck out from underneath the fence, flipped him over away from the fence where he stood up and was completely unharmed. Phew!

As I was deciding whether to WALK back to the trailers or get back on, one of the few wise members of the group found a gate that could be opened. The rest of us went through the gate &  AROUND the Bog on the way out instead of over the jump.

I know the Swamp Thing winked at me as I went past. 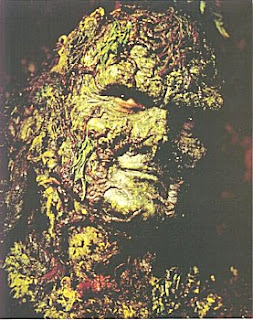 After the “Drink fest – fox hunt – suicide attempt – job interview”……..
Interviews didn’t get my adrenalin up.

I didn’t take the job.